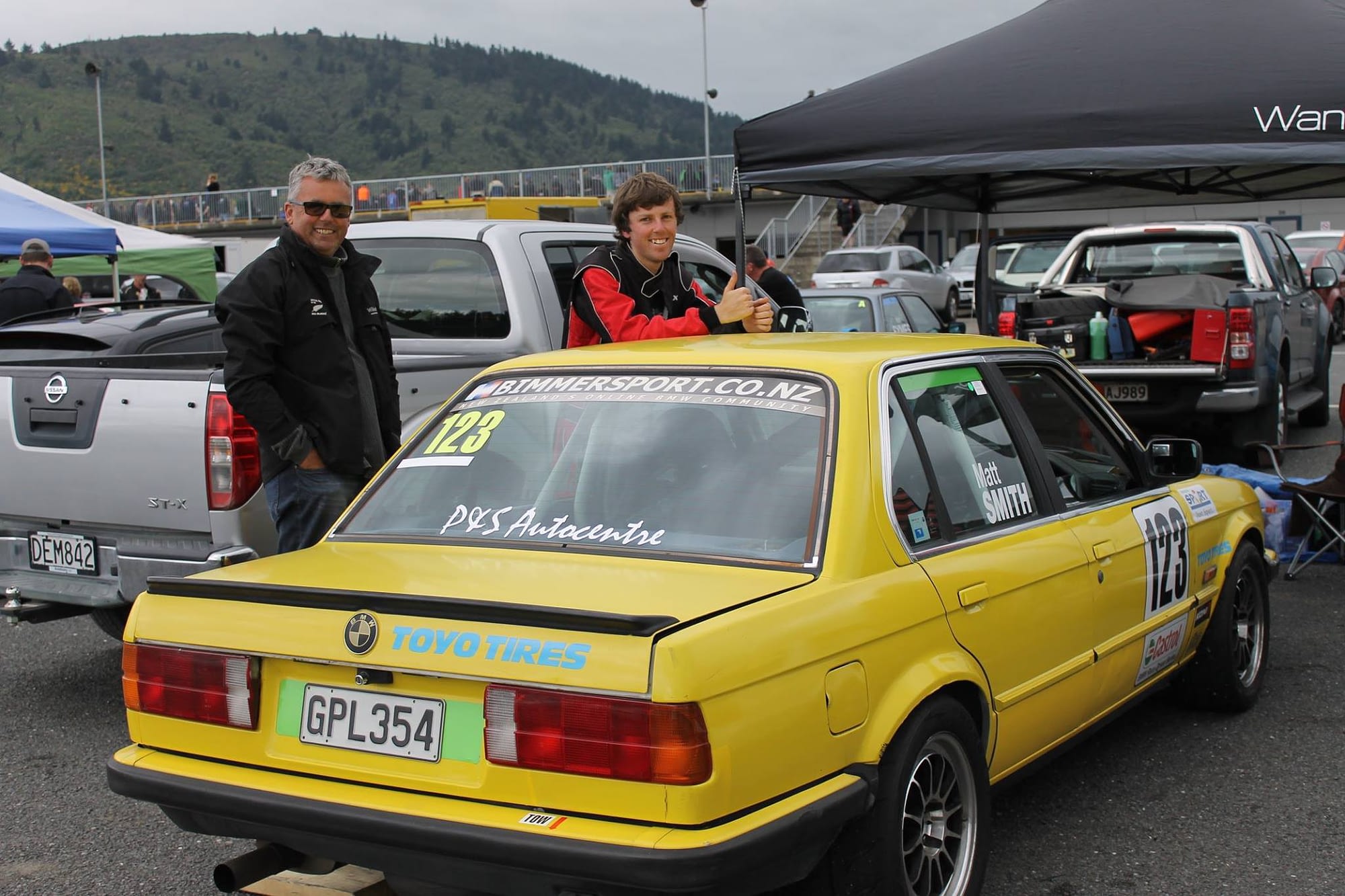 What an awesome weekend of racing. The BMW series never fails to produce close racing which makes for great fun over the entire weekend.

It was round 3 of the BMW series taking place down in Taupo. I was feeling confident having had a test day down there a week earlier and also went down for the friday practice.

I managed to get my fastest time of the weekend in qualifying so I was super stoked. I qualified 12th of 31 which I was proud of as it’s my best qualifying yet and is further proof that I am continuing to improve in the Bumble Beemer.

All three races were full on. With the cars so even it was quite common to be side my side for half a lap. I really enjoyed the racing finishing 13th, 16th and 12th in the three races over Saturday and Sunday. A good consistent weekend through which I had a smile on my face the entire time.

Race 2, the reverse grid, was complete madness. Cars were crashing into each other left right and center. It honestly felt like a video game the way some people had complete disregard for their cars. But there are no resets in this game and unfortunately a lot of people have significant repairs to make before the next round. I was thankful to stay out of trouble and return home with a straight car. It probably cost me a couple of places where I backed out of a challenge I thought might go pear shaped but I would rather have a straight car than a couple extra positions.

The battle with Shane all weekend was immense. (Shane being the other driving who has come from the 2kcup). We parked next to each other in the paddock and it seemed we weren’t much further apart in the races. It was the most enjoyable battle as we overtook each other multiple times in every race. It has been this way in the past two rounds also, but unlike in the past rounds and much to my delight I managed to finish ahead of him in the 3rd and final race of the weekend.

Lastly, a huge thanks to my parents who came down and supported me through the weekend even though Dad wasn’t racing. It was great being able to focus completely on my driving while they took care of everything off the track.