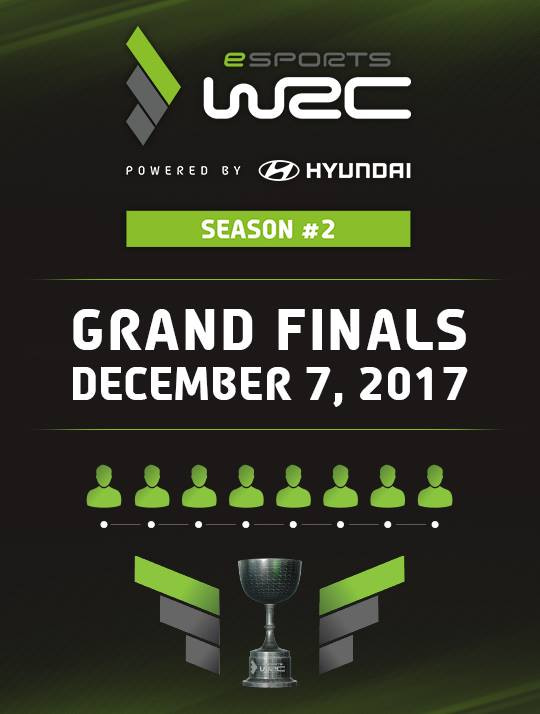 WOOHOO I’M IN THE ESPORTS WRC FINALS AND HEADING TO GERMANY!!!

Most of you will be aware I have been competing in esports WRC this year, a world wide gaming competition that runs alongside the real World Rally Championship (WRC). Well after 13 rounds through the year I have finished in the top 8 and qualified for the finals taking place on the 7th of December at the Hyundai Motorsport facility in Germany!

As you can imagine I’m super excited for this opportunity. Rally has been my dream forever so to get an inside look at a WRC team, and Hayden Paddons WRC for that matter, is crazy but then to be competing for the world title is even more amazing.

Of course I will keep everyone updated on my progress. The final itself will be streamed online for all to watch so I will share that link when I get it. I’m not sure if I should bombard my Toymota Racing page with virtual racing updates or create a new page to share such updates? In the meantime I do have an instagram for gaming called “Monkeyman Racing” (Monkeyman_707 being my playstation name).
The next update should be about the esports team I’ve joined but that’s still under wraps at the moment.

I believe I’m the first kiwi competing at such a level in racing esports but would love to hear if anyone is already doing it, otherwise it’s pretty cool to be leading the charge in this area with esports growing so rapidly at present.

So then now my attention turns to preparing for my big trip. If any friends are over in Europe at the moment hit me up, or if you know of a cool tour let me know. With such a long trip I’m planning to make the most of it by having a bit of a holiday while I’m there.