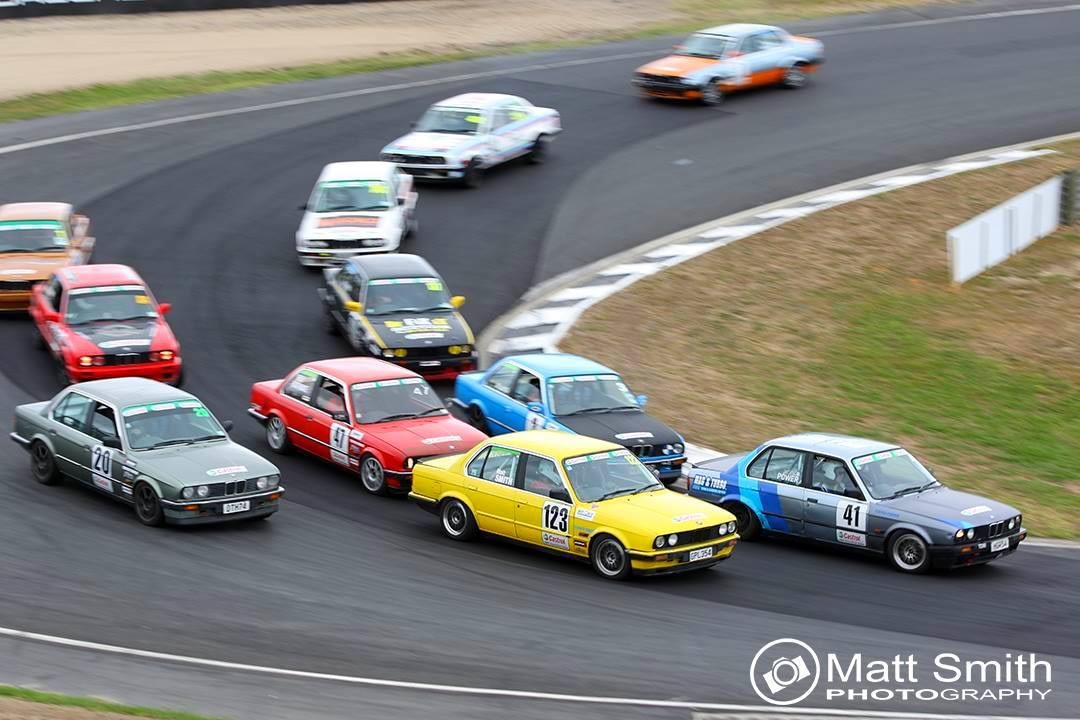 Another full weekends racing is complete so it’s time for a quick recap post. It was good to drive away with the car in the same condition it was going into the weekend but I was a bit disappointed with my pace.

Friday provided a chance to practice in all different conditions (as shown above). I actually enjoyed this opportunity as I had never driven the Bumble Beemer in the wet prior to this.

Saturday stayed nice and dry. In qualifying I managed to secure 21st out of 32. In the opening laps of the afternoons race I managed to make a few passes to move up and spent the rest of the race battling Shane as always seems to be the case. I ended up finishing 19th which wasn’t too bad.

The first race on Sunday was the notorious reverse grid. I started from 8th which I was really excited about as the top 10 had a 5 second head start over the rest and I knew I was faster than the cars in front. When the flag dropped the car in front of me must have stalled which lead to a quick spin of the steering wheel for me to get around him. I managed to get around a couple of cars but ended up behind car 11. I knew this would be a close battle because he had been chasing me most of the previous race. I was slightly faster and when the chance came to get past I blew it. Coming out of turn 4 I was right up beside him, looking at taking the inside for the next corner but I missed a gear and the opportunity was gone in an instant. I ended up getting held up a bit longer before the faster cars started piling on past. I was so frustrated that I missed the chance to get through and away due to my own mistake. Ended up finishing the race in 20th, with Shane right behind me.
In the last race I started from 22nd. The weather was threatening to turn to crap but it held off until after the race (right in time to catch us as we tried to pack up). Most of the race was spent chasing the car ahead but lacking that little bit extra I needed to make the pass. It was the first time I’ve experienced the car in front of me pulling away on the straights despite me getting the better exit which was most frustrating. In the end I finished 18th.

Adding to my frustration over the weekend was the fact that the wall which I had hit in the MR2 hadn’t been repaired despite me having been charged a substantial amount to fix it.

Ah well at least I’m slowly improving, my fastest lap coming in the last race. Now I’ll look to the next round in Taupo, a track I feel more comfortable on and last time out was more competitive at.