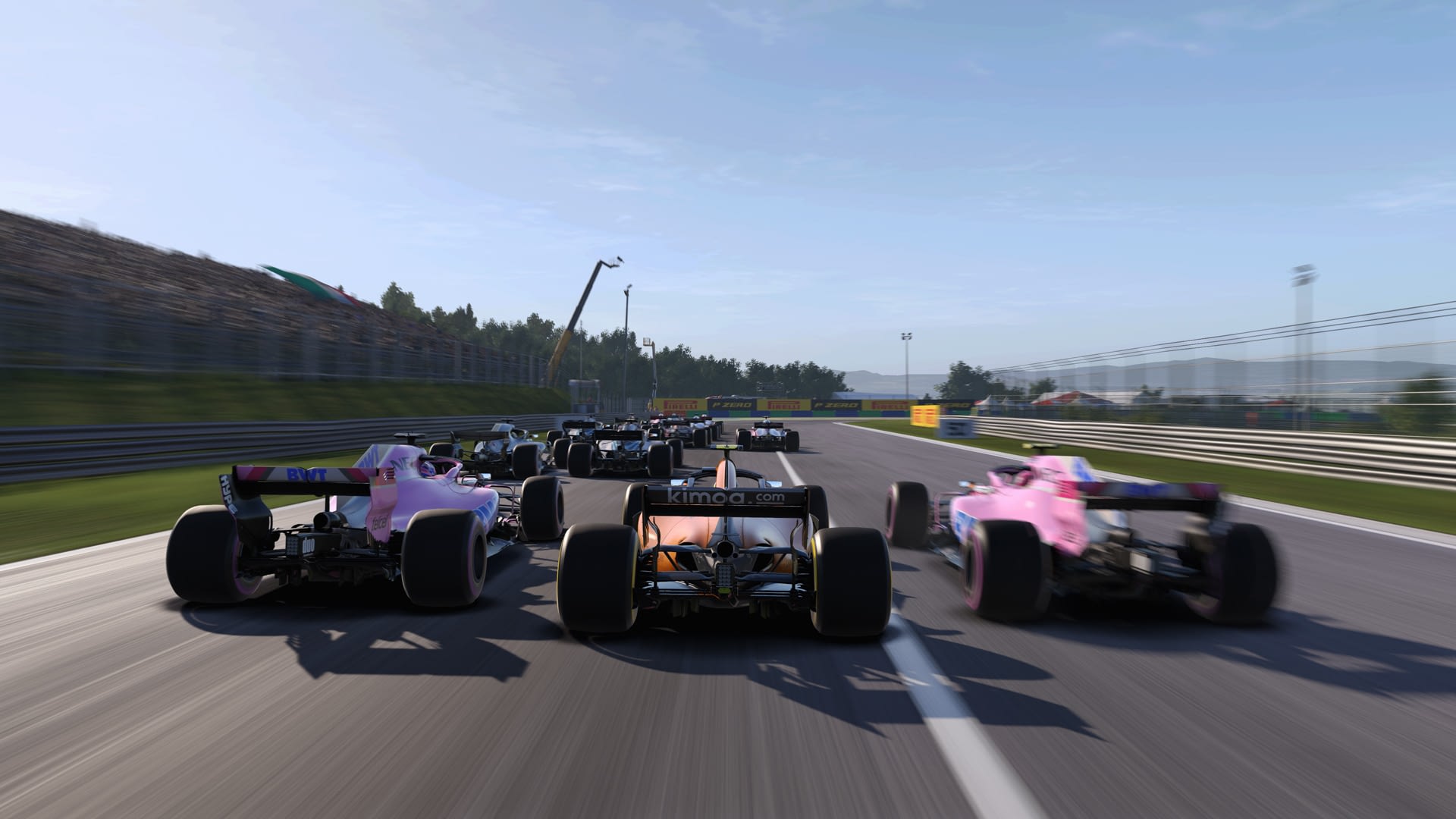 This article was originally published on NZGamers club

I love motorsport, with games giving me a means to satisfy my need for high speed car racing ever since I could hold a game boy.  With the recent release of F1 2018 from Codemasters I jumped at the chance to dive in, and what I found exceeded expectations

F1 2018 has the visuals, the atmosphere, and the commentators that will instantly feel familiar to any F1 fan (or even anyone who’s seen a race).  Then jump into career mode and you’re greeted with pit paddock interviews the tough decisions about which parts of the car to develop creating the feeling your taking on the life of a formula one driver, not just the driving.  But then when you get behind the wheel all that becomes secondary. The speed and power of the formula one cars provide mountains of action with thrilling close racing. It has the potential to suck you in as you work to perfect your lines and gain that extra tenth of a second a lap that you need to get one spot closer to the front.

F1 2018 is the latest in long running Formula 1 series from Codemaster.  This years game builds on the successes of the previous title bringing improvements to the handling, many improvements to the career mode, and a new ranked online mode.  As is expected from the official game it boasts all 21 official tracks and all the official F1 teams and drivers, including our very own Brendon Hartley.

For those that aren’t Formula 1 fans the series might seem intimidating with the over powerful cars, complicated steering wheel controls, and at times bizarre rules but F1 2018 strikes a nice balance between casual drivability and competitive realism.  The handling model provides accessibility to new or easy going drivers with plenty of assists to help those that want them while also offering a challenge for drivers looking for a realistic experience to test their racing skills and eke out that last tenth of a second in lap time.  F1 2018 is available on PC, PS4, and XBone (and even iOS although I can’t vouch for that version) and while more than enjoyable with a standard controller, the real fun starts when you get behind a wheel (such as the Logitech G29).

Where F1 2018 shines is the career mode.  Put yourself in the shoes of a new recruit to the category and face up against the best in the business.  Racing awesome fast machinery that are the F1 cars is a great experience, competing against legends such as Lewis Hamilton and Sebastian Vettel never gets old, and battling lap after lap against AI that put up a fight without driving crazy is all part and parcel of career mode.  On the track is clearly where you’ll find most of the action but your job as an F1 driver doesn’t stop there.

Completing objectives during practice sessions, answering post race interview questions, and choosing the development path of the team all have real impacts on your career progression and on the cars performance, adding a layer of depth and engagement of the career that delves into the Formula 1 universe.  Between the high speed racing and off track management the F1 2018 career mode offers the best single player experience I have seen in a racing game for a long time.

If we say F1 2018 shines in career mode we might say it has a few scuff marks dulling the surface in multiplayer.  After seeing great success with the first season of the Esports F1 competition it’s exciting to have competitive racing featuring in F1 2018 with the inclusion of Ranked mode.  It has become a common feature in modern racing games with the likes of iRacing and GT Sport proving the popularity of competitive motorsport in video games which promises to provide exciting close racing by putting you up against drivers of similar ability.  The slight blemish that tarnishes the surface is the number of impatient and foolish drivers in this mode.

Ranked races are full of drivers being too aggressive or missing their braking points, particularly on the first lap, and causing big crashes.  Crashes tend to breed more crashes as recovering cars litter the track blocking the way through. With no ghosting system to save the following cars there are often multiple retired drivers at the end of a race, frustrated to be out through no fault of their own.  None the less it is still an exciting and engaging aspect of the F1 game and I have full faith Codemasters will work to improve the safety rating systems, amongst other things, to bring ranked mode alive in the way it deserves.

As a huge motorsport fan myself I’ve played a lot of racing games but few capture my attention and have me counting down to my next chance to play quite like F1 2018 does.  From building up the Williams team from the bottom in my career through to taking on the various challenges in historic cars I’ve been having a blast. Ranked mode can be a mixed bag, side by side thrills one race then first corner disasters the next, but the motivation to do just a little bit better and get to that next rank keeps me having fun and coming back for more.  And with the ability to have 20 drivers in an online lobby it sure makes a great candidate for future NZGC game nights. I highly recommend giving it a try.