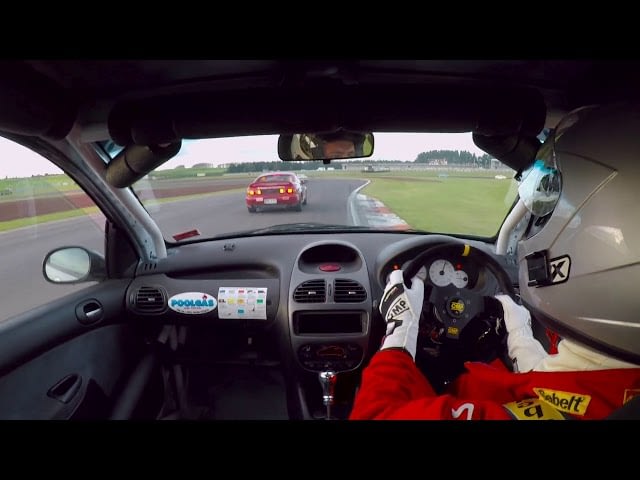 Last weekend the reins were handed over to Dad for round 5 of the 2kcup in Taupo. It’s fair to say he did a smashing job. Finishing 24th and 15th! in the fast grid

Dad didn’t have the chance to go down for practice Friday which meant he was straight into qualifying Saturday morning. Did the lack of practice effect him? Not a bit, he put in a great effort to qualify 27th on the fast grid! and he wasn’t even completely satisfied as he knew he could get even faster with a few more laps under his belt.

During the races he built confidence in the car and was delighted to be able to really push it without any mechanic issues like we had been getting far to familiar with in previous seasons. Race 1 was the standard grid start were Dad managed to stick with it and finish 24th. A great result in the fast grid for the Red Dragon. Then race 2 the reverse grid always provides opportunities for those willing to take them and that’s what Dad did. After a massive battle with Kel in his Peugeot (shown in the attached video) Dad managed to come home with 15th! An epic result. Well done Dad.

I must say it’s super weird writing this review without having driven and without even having been there. Thankfully that won’t be the case next round at Hampton Downs. That next round is the final race of the season and features a 1 hour race with a driver change so both Dad and I will get our chance in the drivers seat. It would be super cool to get some supporters to come out to that one, based on our current form it should be good result but mostly I’d love to catch up with you all, I don’t get many chances now that I’ve migrated south. That’s Hampton Downs the weekend of the 5/6th of May.

The video shown is Kel’s perspective as he hunts down Dad in race 2. Super driving by them both. I’m super proud of Dads mint driving but particularly the quality overtake Dad makes early on and the strong defence he puts up to not let Kel by for so so long