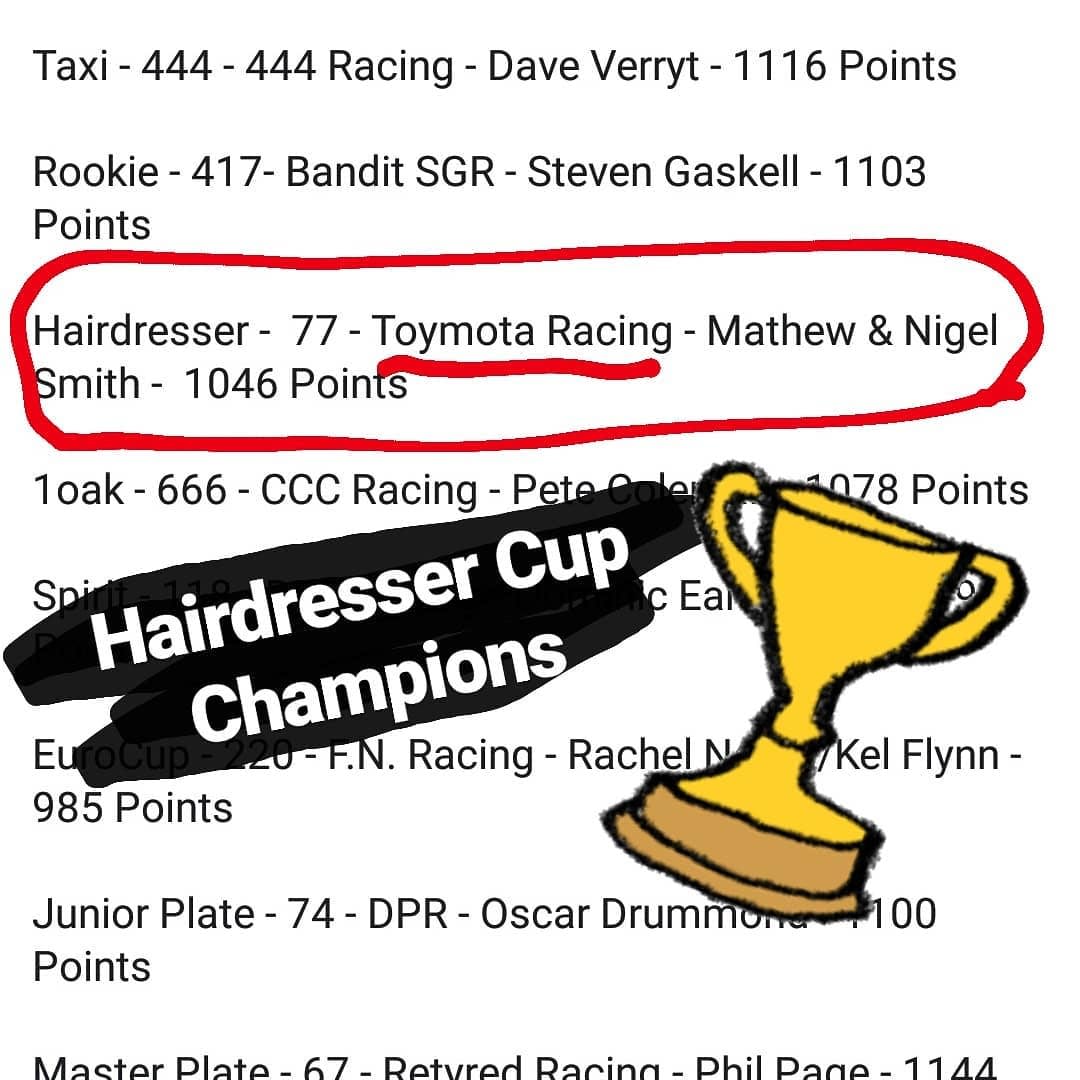 The official 2kcup results are in and we WON THE HAIRDRESSER CUP! 🏆🏁

So cool to take out this oddly named title which is contested between all 2 door, 2 seater cars. In what was our best championship finish ever the Red Dragon also came home 4th in the 2 litre championship and 17th overall. We’ve been improving every year so I can’t help but think it won’t be long before we win the whole thing 😂

But in truth the 2kcup isn’t really about results, it’s all about having fun getting out on track and we definitely ticked that box. I love motorsport through and through so to get behind the wheel and push myself to go faster every lap is an immensely enjoyable experience even after 5 seasons in the 2kcup. To have Dad also racing alongside me in the Red Dragon, taking some of the attention away from me and putting in the work to have the car ready every round is something I’m hugely grateful for. And to be out racing against such a great group of drivers in the 2kcup (there’s only a couple of exceptions 😉 ) makes for the best time, I truly believe the racing is only half the fun at a 2kcup round, chatting with all the other drivers is the other half so thanks a million to you. And to everyone who have supported Dad and I this season thanks to you also. Especially to you Mum, making the effort to come out to cheer us on each round, preparing food, offering support dispite how nervous our driving makes you and all the non car stuff that is still essential to a good time.

It was a bit of a weird season with me moving away from Auckland and Toymota Racing missing our first 2kcup round ever but it was still had that profound effect of leaving a big cheesy smile on my face.